Up Your Ball Game

Are you looking to play pick-up basketball or a 5-on-5 league?
Even if you want to just shoot hoops with a friend, Courts Plus Community Fitness has 2 full sized courts with 12 baskets.

***Unless posted all other hours are reserved for ALL AGES OPEN GYM.***

Contact Wayne Herrick for more information or to reserve a court.

Courts Plus Community Fitness
would like to congratulate all the
individuals and teams that have
won awards this year.

UNIFORMS: All team members should have shirts of the same color.

GAME RULES AND EQUIPMENT: National Federation Rules will apply, except where Courts Plus Rules Apply. The team listed first on the schedule will receive the ball to start the game and the other team will get the ball to start the second half. Twenty minute halves with running time will be played. The clock will stop for time outs, final minute of the first half, final two minutes of the game and any other time the scorekeeper deems necessary. Each team is allowed three, (30) second timeouts per game, timeouts cannot be carried over into overtime. There will be a five minute half-time intermission. Overtime will be two minutes stop clock. Teams will have one timeout per overtime. The defense will receive all jump balls. Teams must have a minimum of four players to start a game. A team may continue playing with less than four players once the game has started. Substitutions are allowed during dead ball situations and after all made baskets only, on the run substitutions are not allowed at any time.

FORFEITS: Game time is forfeit time. Teams must call Courts Plus the day of the game, if they are going to forfeit. Any team that has two unannounced forfeits during the season will be dropped from the league for the remainder of the season.

ADDITIONAL RULES: Unsportsmanlike Conduct: Any behavior deemed unsportsmanlike by the scorekeeper or league supervisor will result in an automatic ejection.

Ejections: Any player that is ejected from a game will be expected to sit out the remainder of the game, as well as their next game.

If a player is ejected from more than one game in any one season, that player will be not be allowed to participate for the remainder of the season.

Courts Plus Community Fitness has two regulation sized basketball courts available for rentals and birthday parties. The gymnasium can be setup for a variety of activities including Volleyball, Floor Hockey, Basketball, Baseball, Football, Dodgeball and many other sports/activities. A variety of rental and party packages are available to both members and non-members.

Contact Wayne Herrick for more information or to reserve a court.

INSPIRED ATHLETICS AT COURTS PLUS 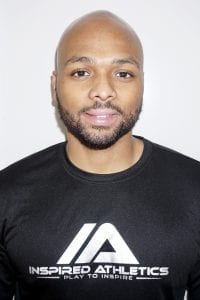 Tyrone Gordon Jr was born and raised in Milwaukee, WI. Right out of high school, he received a full ride scholarship to Pratt Community College in Pratt, KS. In 2013, ending his college career at Dakota State University in Madison, SD, he led the team to the only Elite Eight appearance in school history. After college, Tyrone was invited to three NBA workouts with the Milwaukee Bucks and variety of workouts with four NBA Development League teams. Tyrone traveled to Europe to play professionally until 2014. In 2015, Tyrone became the Player Development Coach for the NBA Development League team, Texas Legends; who are affiliated with the Dallas Mavericks. Tyrone has also traveled to Asia to train many university and professional players. He trains every level; starting from grade school to professional/olympic players. In 2016, Tyrone moved Gordon DTA to the Fargo/ Moorhead area, while still training internationally. After being in the Fargo/Moorhead Area for over a year he decided he wanted to give the FM Area something more personable of their own. That’s when Monty Gordon added the “Inspired Athletics” Branch to his company in 2018.